On January 1, 2024 the Copyright over the most famous mouse in the world will expire: a challenge that Disney has already faced in the past.


The birth of Mickey Mouse


Since its debut on November 18, 1928 in the short movie “Steamboat Willie”, Disney has found itself twice on the verge of losing its rights on the iconic character!


A first legislative update extends the maximum protection period of copyright protection from 42 to 56 years so Disney’s rights were already set to expire  in 1984.

Back then Uncle Walt was able  to get away with it:  8 years before the deadline, the United States Congress modified  the Copyright Act to bring it in line with European duration standards and extended the duration of rights  granted after 1922 from 56 to 75 years.


The Copyright Term Extension Act of 1998


This time Disney was not alone in a battle for what would be renamed by industry insiders the “Mickey Mouse Act” or even “Sonny Bono Act” from the name of the singer who campaigned the most for this extension of rights. With this new bill the duration was extended from 75 to today’s 95 years!


How will Disney move?


We are are now less than 2 years from the expiry of the rights over the first reproductions of  Mickey Mouse and,  to date, nothing seems to be moving.

Another extension would bring the duration of rights under the Copyright Act beyond the century and is therefore unlikely. This time Disney will have to come up with something else to save its little big hero, and we are sure that Goofy will come to his aid as usual.


It should be remembered anyway that the “dying” copyright only relates to the historic character Mickey Mouse as represented in the short movie “Steamboat Willie” and not also to the versions of the character elaborated subsequently by designers whose fantasy, down through the years, brought partial modifications to the character and/or accessories to modernize it.

Moreover, the expiry of copyright will not effect the protection deriving from the numerous trademark rights registered by Disney relating to the name and graphic representations of Mickey Mouse, which are not subject to time limitations. 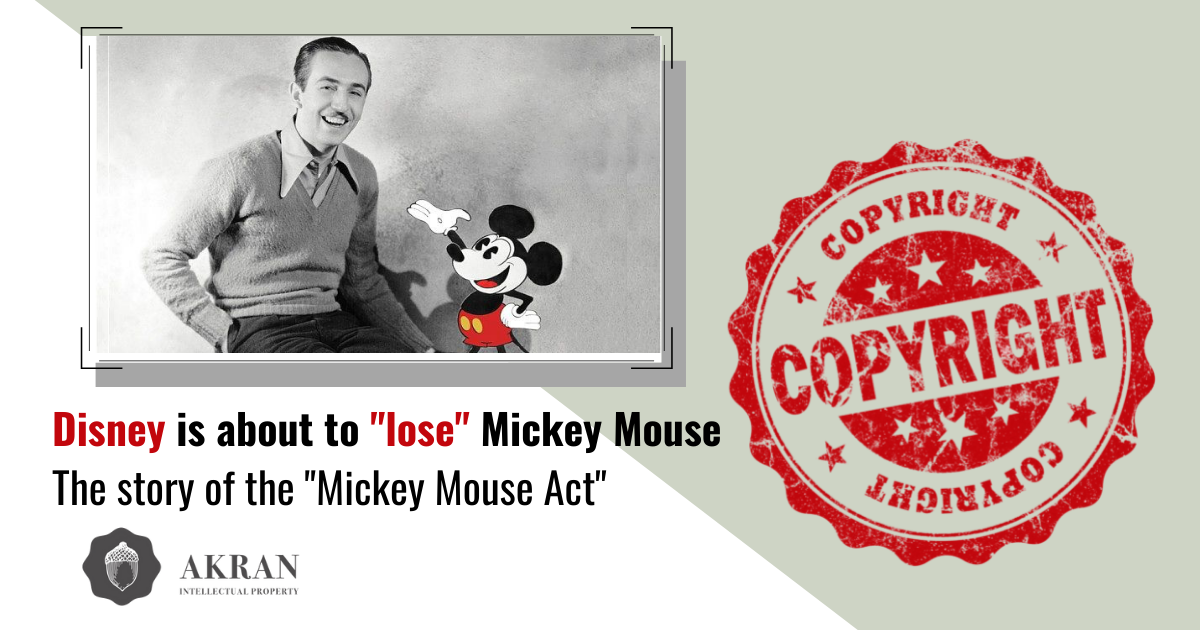