The meme of Bernie Sanders posted by IKEA on social media is the object of much debate at the moment.


A meme in itself is content which has been created for the purpose of going viral and this goal has certainly been reached, but was it a good move by IKEA?


Maybe not, considering that IKEA’s communications agency Ogilvy, one of the world’s leading agencies, has been forced to cancel the post even from its own webpage. This time, the desire to ride the wave of what was trending on social media backfired, let’s take a look at why:


Infringement of his Right of Publicity


1. Ogilvy did not have permission to exploit Sanders’ image.
The reasons for the post’s removal may include the fear of evoking the wrath of the Senator from California. Sanders has undertaken a personal crusade on the issue of taxation of foreign corporations and the Swedish brand is one of those in his sights.


Infringement of the copyright in the photo / work of photographic art


2. Ogilvy did not have permission to exploit the photo of Sanders.
The photo is the work of the prizewinning photographer Brendan Smialowski, famous for his portfolio of shots of the most well-known politicians, the world over.


Trivialization of the message


3. The level of creativity was low, this being the mere association of an emblematic photo with products which minimize the intrinsic significance of the Senator’s outfit.
The mittens, in fact, were produced by Jen Ellis, a teacher from Vermont, made from the wool of old pullovers and lined with recycled materials. A gift to Sanders for having founded an orphanage in her home state.


This is not a branding campaign


4. It creates engagement but doesn’t promote any particular product or company value.
It no doubt unleashed hilarity and the most disparate comments but it doesn’t attribute real value to the products or the company mission. Moreover, it actually mocks one of America’s most loved politicians.


Copyright and image rights, right of publicity, trademarks and designs: further elements to consider to avoid a communications boomerang. 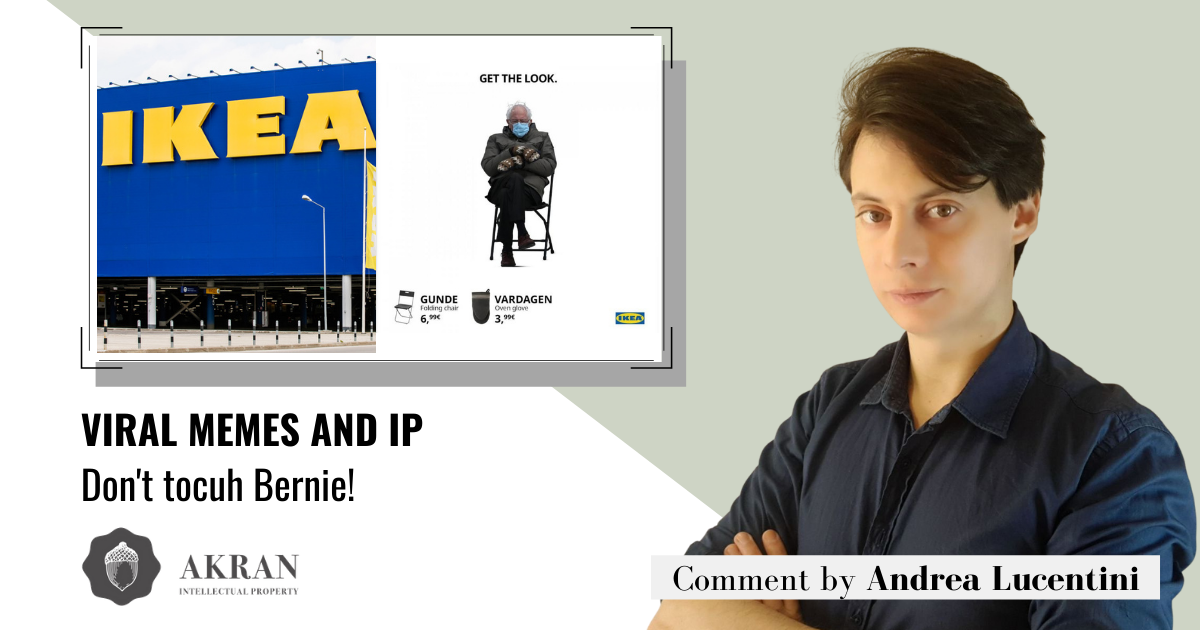