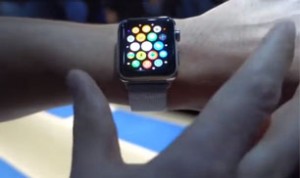 Before Apple Inc officially introduced its smartwatch last month, fans had seemingly decided on the company’s behalf that the new product should be called the iWatch. So when Chief Executive Officer Tim Cook took the stage and broke from gadget-naming conventions by calling it the Apple Watch, it came as a bit of a surprise to many people.

But not to Daniele Di Salvo. His small Dublin-based software development studio owns the trademark for iWatch in the European Union, and he’s told Apple and other companies not to use the term. The world has been warned.